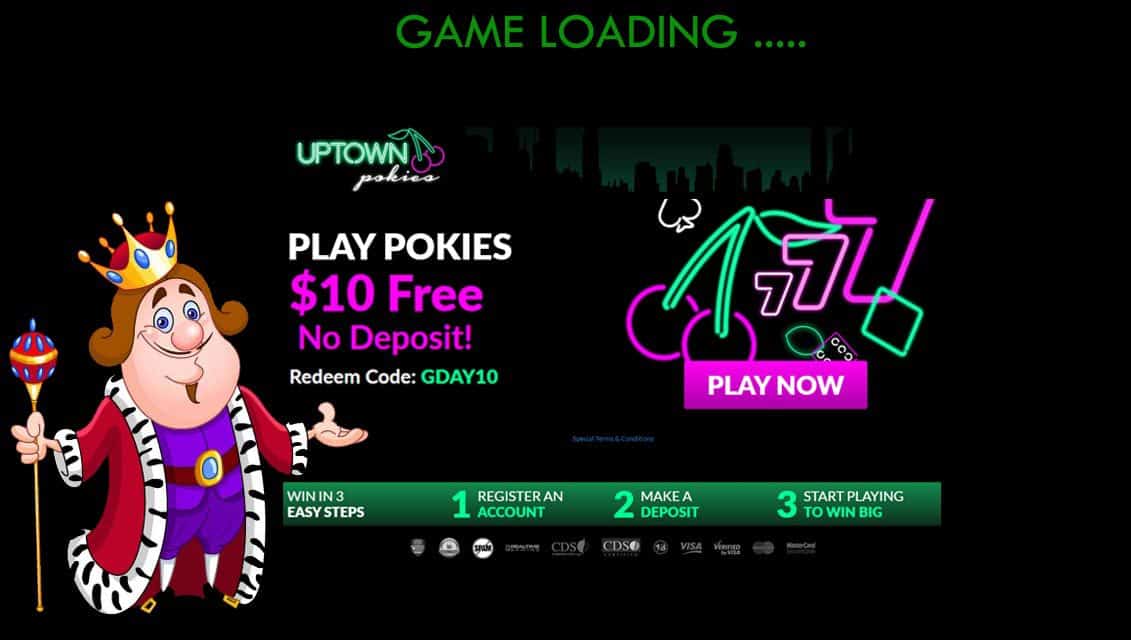 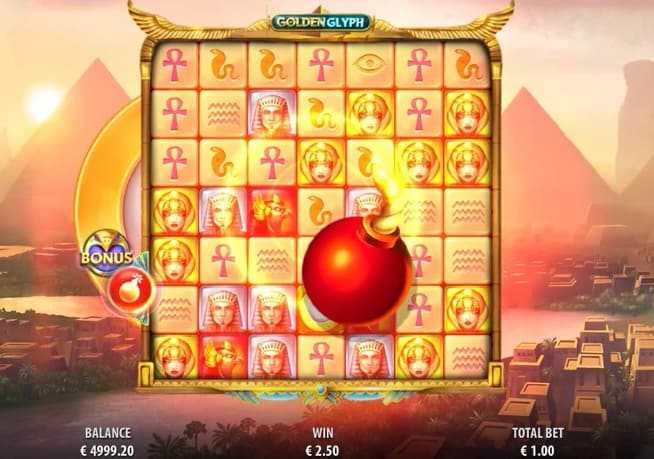 Golden Glyph Online Pokies designed by Quickspin will take you back in to to visit ancient Egypt!  An explosive and different pokies game that pays out differently o traditional Australian pokie machines.  In an epic adventure in the land of the Pharaohs you can spin the reels, wait for the dust to settle, and allow hieroglyphs reveal your fortune.

This pokie operated off a a 7×7 layout in a portrait mode that no longer pays out left to right!  Instead the game functions off Tumble Mechanics whereby 5 symbol clusters need to be connected to explode and pay out a win.  Other bonuses include Power Wild feature, and a Power-Up feature with four magical Power-Ups.   Golden Scarab, Eye of Horus, Blaze of Fire, and a Free Spins Bonus.

Winning big on the pokies requires much more than just a connecting symbol win.  Bonuses are essential for a big payout and here we discuss the pokies bonuses you will need when playing Golden Glyph.   The bonuses are plenty however you need to study them carefully to understand the dynamics of the slot.

Golden Glyph is an amazing free no deposit pokies game that can also be played with real money.  Enjoy our instant demo and see if you can hit all the bonuses on offer?!?

PokiesKing
Working in the casino industry with over 13 years experience. Reviewing & developing some of the best slots, we have come across whopping wins & secrets in that time. Discovering all the greatest hints and tips when playing pokies and reviewing the best fun pokies to play free. It is time to share these with you wherever you have internet connection on mobile, tablet and computer. At King Pokies enjoy our fantasy kingdom of free demo games with unlimited credits!
Twitter Facebook Google + Pinterest 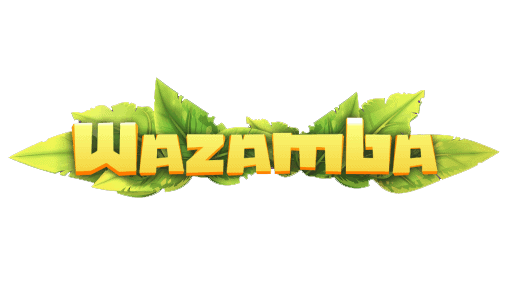